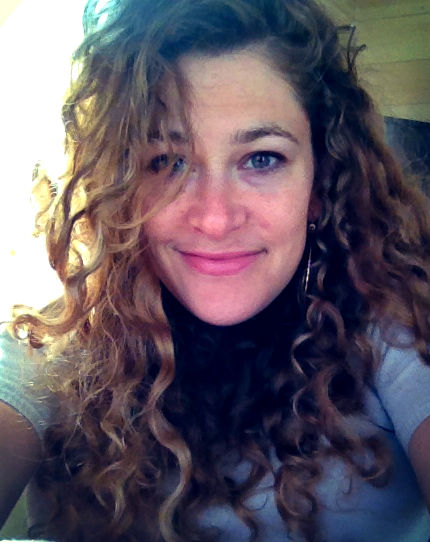 Arielle Greenberg is the author of the poetry collections Slice (Coconut Books, 2015), My Kafka Century (Action Books, 2005) and Given (Verse, 2002) and the chapbooks Shake Her (Ugly Duckling Presse, 2012) and Farther Down: Songs from the Allergy Trials (New Michigan, 2003). Her creative nonfiction book Locally Made Panties is forthcoming in 2016 from Ricochet Editions, an imprint of Goldline Press.

She is also co-author, with Rachel Zucker, of the hybrid genre nonfiction book Home/Birth: A Poemic (1913 Press, 2011).  Her poems have been included the 2004 and 2005 editions of Best American Poetry and a number of other anthologies, including Legitimate Dangers (Sarabande, 2006), and she is the recipient of a MacDowell Colony fellowship and other awards. A translated volume of her selected poetry is out in German from LuxBooks. She is co-editor of four poetry anthologies: with Rachel Zucker, Women Poets on Mentorship: Efforts and Affections, which centers around personal essays by young women poets on their living female mentors (Iowa, 2008) and Starting Today: Poems from Obama’s First 100 Days (Iowa, 2010); and with Lara Glenum, Gurlesque, based on a theory Arielle originated (Saturnalia, 2010; new edition forthcoming in 2016).

Another scholarly interest is American subcultures and countercultures, and she is editor of a college reader, Youth Subcultures: Exploring Underground America (Longman, 2006). In 2015, she’ll begin editing a series of essays on the intersection of alternative sexuality and literary praxis for The Rumpus called (K)ink: Writing while Deviant.

She writes a regular column on contemporary American poetics for the American Poetry Review. She was the poetry editor for the journal Black Clock, serves as a contributing editor for the Spoon River Poetry Review, was a founder and former co-editor of the journal Court Green, and is the founder-moderator of the poet-moms listserv. Her poems and creative nonfiction have been published widely, and she is a contributing editor for the chapter on pregnancy loss for the 40th anniversary edition of Our Bodies, Ourselves.

She left an Associate Professor position in the poetry program at Columbia College Chicago in 2011 to move to Maine. She lives in a nontraditional family structure with her husband, her two children, and her partner.