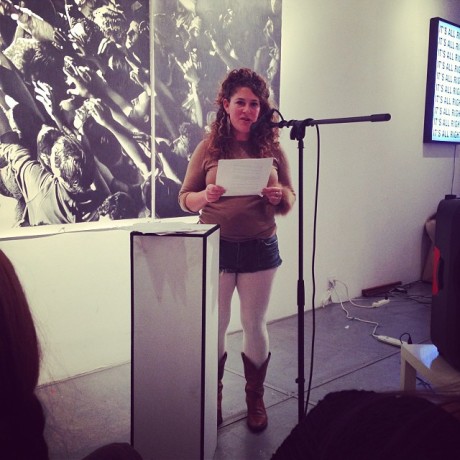 Panelist, “Wholesome and Dirty: How my Urban-to-Rural Journey Resulted in a Series of Experimental/Pastoral Sex Poems (a reading with talking in it),” “Queering Ecopoetics: Hybridity, Eros, Ferality,” Conference on Ecopoetics, University of California at Berkeley, February 2013

Organizer and Chair, “Feminisms and Poetics in the 1980s,” National Poetry Foundation Conference on Poetry and Poetics of the 1980s, Orono, Maine, 2012