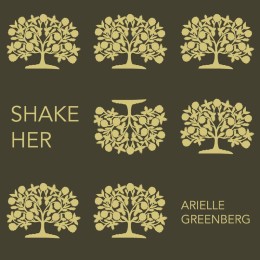 Arielle Greenberg was pregnant with her second child when she conducted the research for this book about Mother Ann Lee, mania, and her own mother in the summer of 2007 at the Shaker Heritage Society in Colonie, New York and at the Sabbathday Lake Shaker Village in New Gloucester, Maine, home to the only living Shakers left in the world. She tried to keep this pregnancy a secret from her mother, from whom she was estranged, but her mother found out about the pregnancy in early November 2007, when Arielle had just entered her third trimester. Arielle began having nightmares and visions of the pregnancy being cursed, and about two weeks later, the baby died in utero at thirty-one weeks. He was named Day, and was born and buried in Maine in December of 2007. Shake Her documents the painful intersection of a planned research-based poem with an unplanned life event.